The most recent photography project of Thessaloniki-born photographer Lia Nalbantidou.

Article to be found in printed edition ISSUE 2

Wandering through the city streets at the falling of dusk or in the wee hours of the morning, Lia Nalbantidou discovers indiscernible images and brings them to life through her lens: a pink printed dress hanging on the wash rope is as resplendent as an exotic flower, the flickering night lights of Perea across Macedonia airport shine like a far-away carnival, the deserted archaeological site of Diikitirion Square is transformed into a lush garden. All these images, along many others, are blooming at the “Urban Secret Garden,” of the Thessaloniki-born photographer.

For the purpose of this project, the photographer focused on the landscape of Thessaloniki, accentuating the contemporary images she photographed, together with snapshots of her family’s archive, in an unexpected, subdued and often poignant dialogue between the old and the modern. The photographer explains: “In this instance, the old is reflected through snapshots of previous decades, for example a black and white image from the ’50s depicting my mother, a young woman at the time, with her mother at the front gate of their home.”

The concept of the “Urban Garden,” as L.Nalbantidou says, is not a literal one, it’s an invention. This is what she recalls: “When I started photographing at Christmas of 2009, I created a specific condition: I wanted to take pictures without leaving my home and escaping my daily routine, however I wanted to be free from my daily tasks. So, I was photographing before sunrise where I had

the shooting conditions I was interested in; the light of early dawn – and later of the twilight – combined with the city’s yellow lights. Along the way, I discovered that I was interested in the foliage, shades, and reflections, all of which I half-jokingly dubbed as ‘secret gardens.’ It didn’t take long for me to realize that the spots of the city that attracted me photographically, had references to the floral motifs of the readytowear dresses created by our clothes manufacturing family business which had thrived in the 1970s and ’80s up until in closed down in the 1990s.”

In the photographs of L. Nalbantidou the human element is both absent and present. What she was most interested in was the urban landscape.

“I wanted to include humans in my photographs, but I wasn’t interested in passers-by found by chance. When the shootings were completed and as we were working on the concept development and book design with my colleagues Sila Zamani and Eleni Nasta, we decided to incorporate family archive photos in order to complete the narration.”

“Urban Secret Garden” is a completed photography project. “The shootings lasted four years. Τwo more years were required to conceptualize, design and create the photobook”; and almost two years after the book was completed, a photography exhibition was designed and produced.

In addition, in collaboration with Loopo Studio, a ‘digital translation‘ of the book was created as an educational tool for my workshops. Last but not least, while working on the ‘Secret Gardens‘, a new collaboration with architect and designer Maita Chatziioannidou emerged and the body of work titled ‘Flora’ sprung up.” 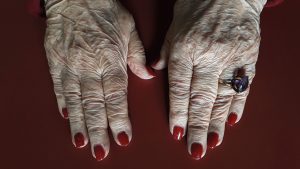 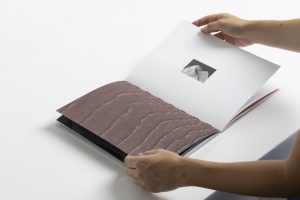 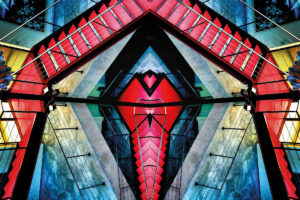