Orchestral pieces, light touches of electric sound, a cinematographic ambience, this group sure knows how to make it special.

In Thessaloniki, music rises out of the fog

The Fog Ensemble, a trio whose music is instrumental and characterized by a cinematic texture with distinct electronic elements and intense guitars, was formed in Thessaloniki a foggy night in 2012. The band consists of Antonis Karakostas in guitars and programming, bassist Nicholas Kondylis  and George Nanopoulos in percussion.

Their debut and eponymous album was released in 2015 by Melotron Recordings and received very positive reviews from critics: established music sites such as mic.gr and avopolis.gr have ranked the Fog Ensemble among the best domestic albums of the year.

The trio’s live performances are out of sight, and they’ve played in numerous live stages of Thessaloniki such as in Ypogio, The Residents Bar, Silver Dollar, Rover Bar, and others.

They’ve also performed at the Winter Plissken Festival in Athens and the Westside Festival in Patras. Members of the Aza Records independent band collective.

Their second album “Throbs” was released at the end of 2018. 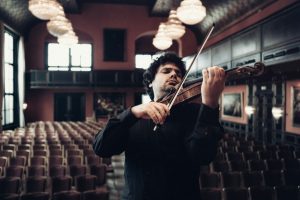